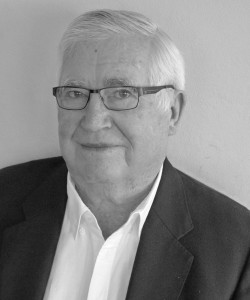 Patrick Condon is an Australian with a global reputation for excellence in the international entertainment industry. His career as a producer, impresario, manager and negotiator has encompassed the full spectrum of the industry; television, film, theatre, the arts, music, sports and exhibitions. Patrick was previously a senior executive at the Nine network and Television Advisor to the board of the The Herald and Weekly Times. He then went on to form one of Australia’s largest touring companies with David Frost introducing Neil Diamond and Billy Joel to Australia with their first tours down under. Following this Patrick went on to take top Australian productions to the world, including China and toured some of the biggest artists in the industry including Frank Sinatra, Bob Dylan, Tina Turner, Bruce Springstein, Bob Hope, Sammy Davis Jr, Liza Minnelli, Peter Allen, Elvis Costello, Lou Reed and Simon & Garfunkel to name a few.

His theatre productions include Joseph and His Amazing Technicolor Dreamcoat, Sergeant Peppers Lonely Hearts Club Band, Camelot (with Sir Richard Harris), Up In One (with Peter Allen) Lend Me A Tenor and Return to the Forbidden Planet. Patrick has also produced classical music and ballet performances including Chinese tours of the Australian Chamber Orchestra, Asian tours of Rudolf Nureyev, Monserat Caballe, Eva Marton, Katia Richarelli, Julian Bream, as well as, the world-renowned Kirov Ballet and Bolshoi Ballet tours in Hong Kong, Shanghai, Beijing, Australia and the USA and produced the stadium productions of Aida and Turandot in Australia and Japan. Patrick produced the opening of the Sydney Opera house in the presence of Queen Elizabeth II, also the Royal Bi Centennial Command Performance attended by Prince and Princess of Wales, which remains as one of the highest rating entertainment TV productions in Australian history.

Patrick’s record of showbiz success has given him unparalleled access to senior levels of government and commerce throughout the Asia region. He has especially close ties with China and has been a trusted adviser and collaborator on a host of projects over the years including being commissioned to present Shanghai Media and Entertainment Group (SMEG) dance spectacular Wild Zebra. Patrick also consulted in the development of the pitch document that won China the Beijing Olympic Games.